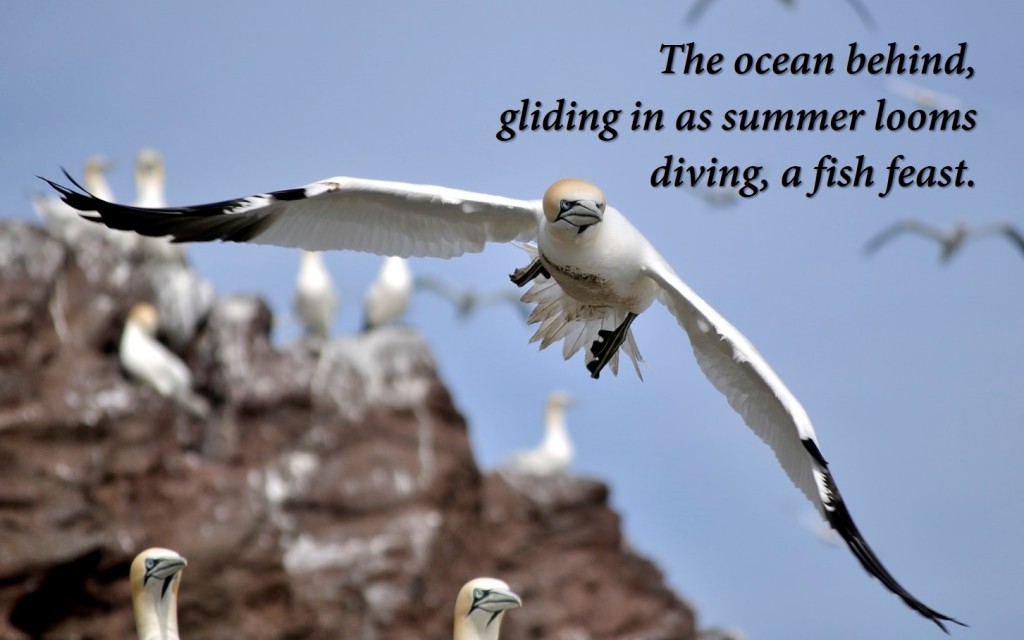 In early spring, Gannets (Morus bassanus) and other shore birds migrate to Scotland from as far away as the West Coast of Africa. Gannets spend their winters out at sea, and return to Scotland and other areas of Europe to breed when food is in abundance. Scotland is home to around 60% of Europe’s gannets, which are Britain’s largest seabird. The Bass Rock is a giant rocky island just off the coast of North Berwick, Scotland. Bass Rock is home to over 150,000 gannets at the peak of the breeding season, making it the world’s largest gannet colony. You can learn more about the colony, here. Gannets can live up to 35 years, are monogamous, and lay a single egg per year. These birds don’t mess around when it comes to feeding, they locate their prey from heights of up to 45 m and dive into the water at speeds of can hit the water at speeds of up to 100 km/h! Gannets feed on diverse fishes that tend to hang out near the surface of the water, including sardine and haddock.