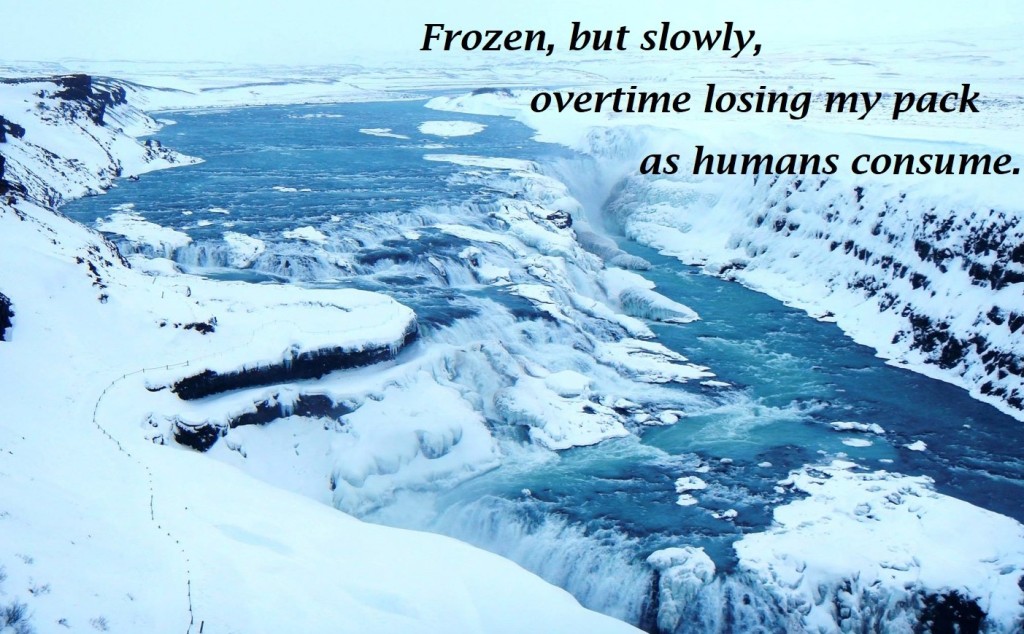 Gulfoss falls is an iconic waterfall on the Hvítá river in Iceland. We visited the falls in February 2015, and what a sight it was! I was actually extremely happy to have gotten to see the falls in winter! The river drains the second largest glacier in Europe, and why it flows all year round despite cold temperatures in winter. The haiku is about the fact that glaciers, like the one that Hvítá river drains, are retreating at accelerated rates because of human-induced climatic change, and all the while humanity remains fixated on consumption of goods and resources. I don’t know much about the impacts that climate change are having on the Hvítá river system, but one can imagine that as glaciers retreat and flows begin to change, the river and any species that depend on it, will also change. In turn, any human dependencies on the river will be impacted as climate and the river changes.