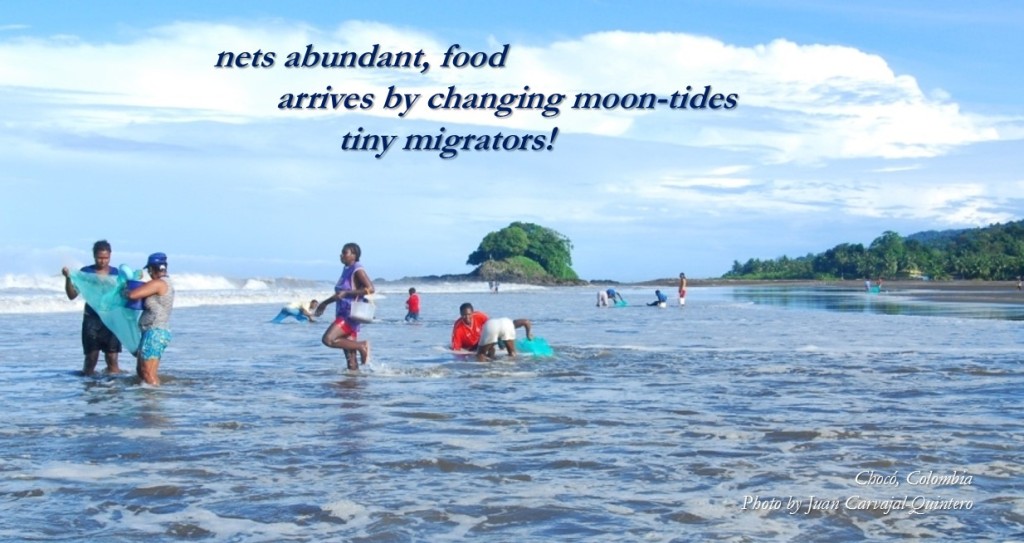 Amphidromous fishes, those that live in streams as adults, whose larvae drift to sea, and migrate back to streams as young, are distributed in coastal systems around the world. Many of these species remain poorly understood by science, because they are small and transient but are heavily depending on local people for substance fisheries. In Choco, Colombia, women setup nets as several amphidromous gobies make their migration back from sea to streams along the western coast of Colombia. This fishery is based on young, very small individuals, that are captured in nets that women set. You can see in the image that several women also have large buckets. The women empty their catch from the nets to the large buckets. The buckets are used to carry the catch back to the communities where the fishes are prepared for meals. One way the fish are prepared is in a mix with rice and spices; a protein and nutrient rich meal. Knowledge about the fishers was shared with me by Juan Carvajal-Quintero. Juan is from Colombia, and has worked with communities who depend on these amphidromous fishes for subsistence.