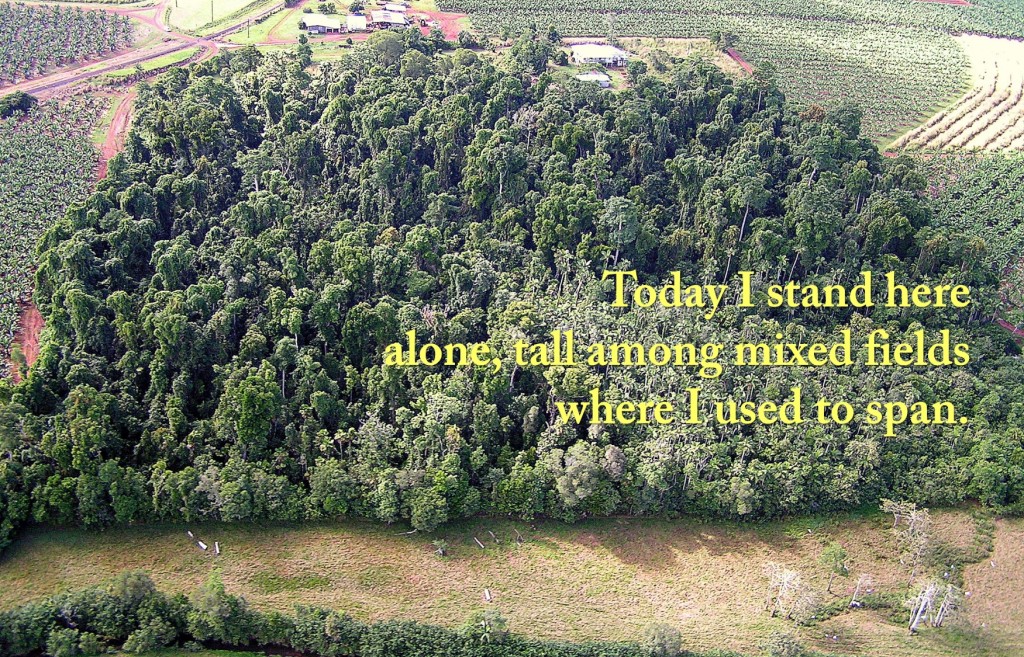 Today rainforest covers less than 1% of Australia’s landmass. Historically rainforest cover would have been greater, and over geological time periods rainforest expanded and contracted across Australia. Current rainforest cover in Australia has been influenced by human land use clearing and fragmentation caused by roads and other infrastructure. Scientists believe that the loss of area, increase in isolation of fragmented forests, and greater exposure to human land uses (like agriculture or grazing for cattle) along fragment edges can initiate long-term changes to the structure and function of remaining forest fragments (see Haddad et al. 2016 for a broader scientific discussion of this topic).

Have you visited a rainforest? What continent were you on? Can you remember what the landscape around the rainforest looked like? Did it look like the rainforest above, surrounded by agricultural lands?