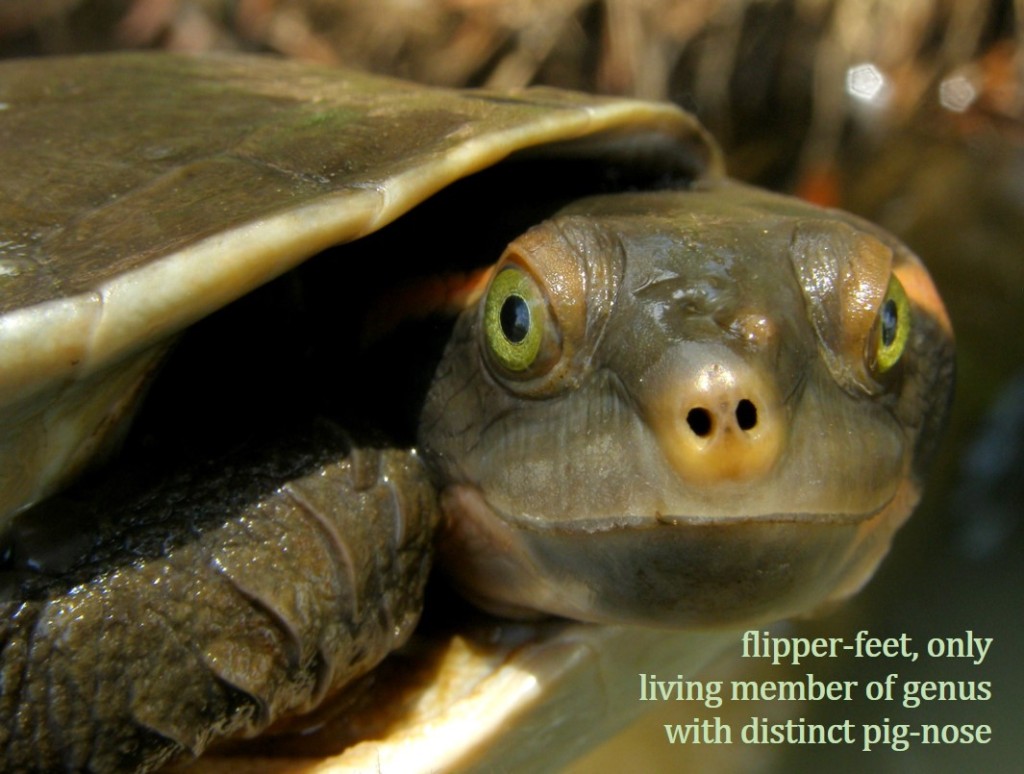 After spending seven years living in northern Australia, I have become quite fond of their unique wildlife! In fact I am often invited to give lectures on Australia’s freshwater fishes because of my excitement about these taxa, their ecology and their habitats! I am also a big fan of this photo – taken by my colleague Virgilio Hermoso – and have been known to sneak into my fish lectures to demonstrate examples of Australia’s other freshwater-dependent taxa. This species (Carettochelys insculpta) is the only remaining member of its genus Carettochelys and is unlike any other extant freshwater turtle species – it has flipper feet like marine turtles! The species is listed as Vulnerable on the IUCN Red List, but information about the species, or about impacts from human disturbances on its habitat in Australia and Papua New Guinea (PNG), remain poorly understood (Georges et al. 2008). The Georges et al. (2008) summary is concluded with a GREAT map of the species’ distribution – occurring in Australia and PNG – separated by ocean, maybe that is where those web feet came in handy?