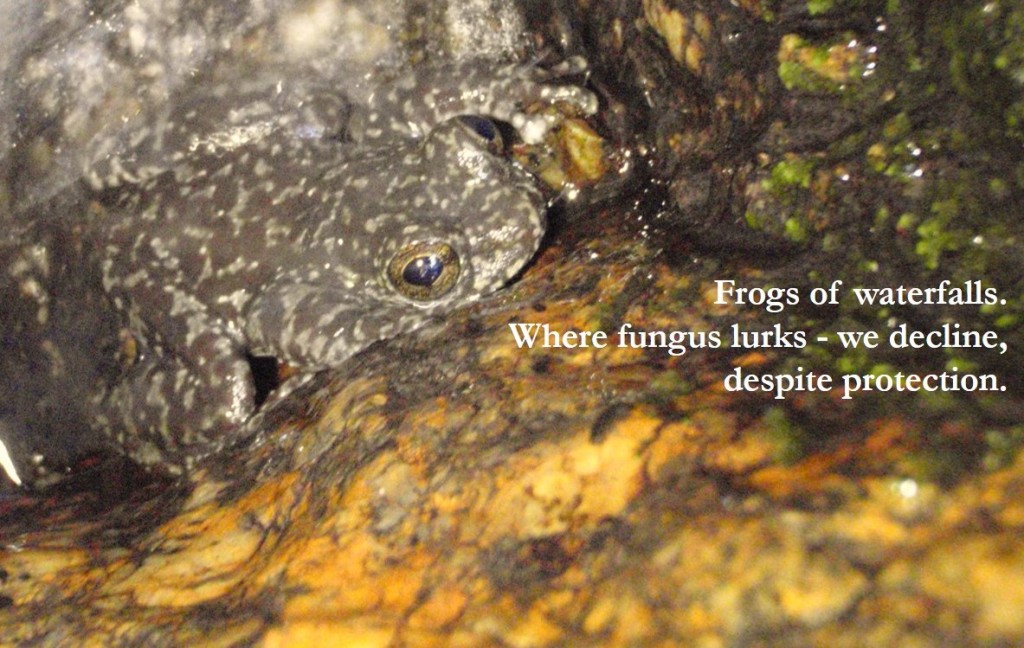 Litoria nannotis, also known as torrent frog, is a stream-dwelling frog that prefers to hangout in waterfalls. I was lucky enough to spot a few of these, usually well hidden, little frogs during my field work in the Wet Tropics of Northeastern Australia. Historically these frogs were found at altitudes between 180 and 3,000 meters. However, chytridiomycosis, a nasty fungus that infects amphibians caused large declines in Litoria nannotis populations (as well as other amphibian populations) in the 1990s and 2000s. Populations in higher altitudes were the hardest hit by the fungus.

We found this lovely specimen on a small tributary of the Mulgrave River while sampling for fishes.