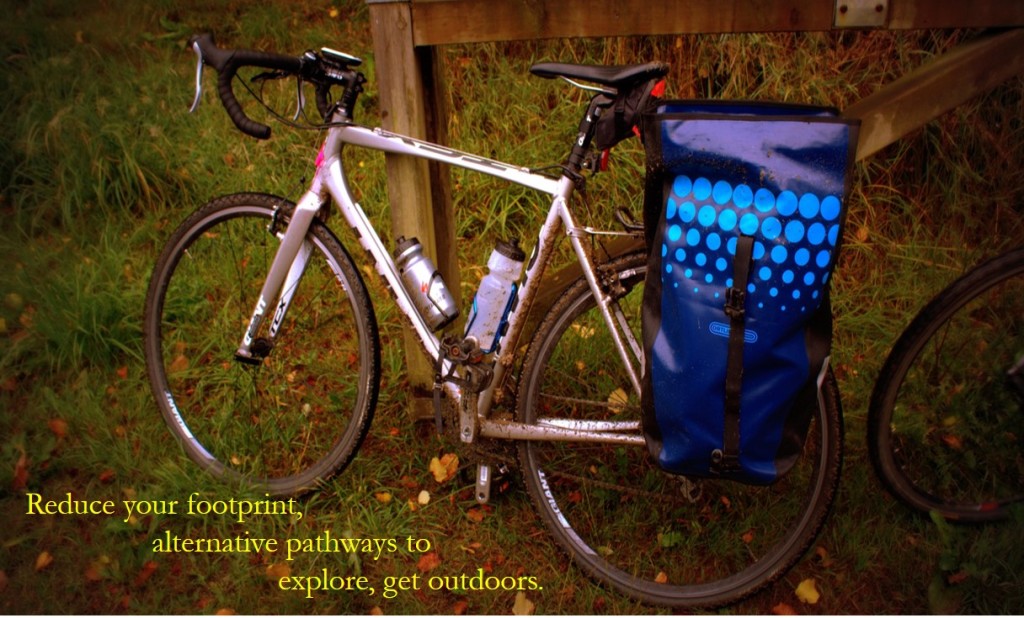 Humans impact Earth and it’s natural systems. Emissions from the production of goods and from travelling by car, boat, train and plane have contributed to rising greenhouse gas emissions in Earth’s atmosphere. Consequently, climate patterns across the globe are changing, and over the last several decades humans around the world have been working to identify ways to reduce these rises and our overall footprint on the planet. In August 2015, my husband and I decided to try an alternative way of travelling to a conference in Montpellier, France. The conference was focused on finding new paths for conservation of Earth’s biodiversity. So, sticking with this theme, we decided to take a boat across from England and then cycle our way across the southern end of France to the conference. We took a week and cycled 550 kilometers. In fact, we ended up winning a prize for greenest travel to the conference! The photo above was taken during a break on our first day in western Bretagne.

Interested in calculating your footprint? There are a number of links available on the internet, and a good place to start is the carbon footprint calculator! Growing awareness about your footprint/impact is a good way to start identifying ways to make change and give back to Mother Earth for all that she gives to us.