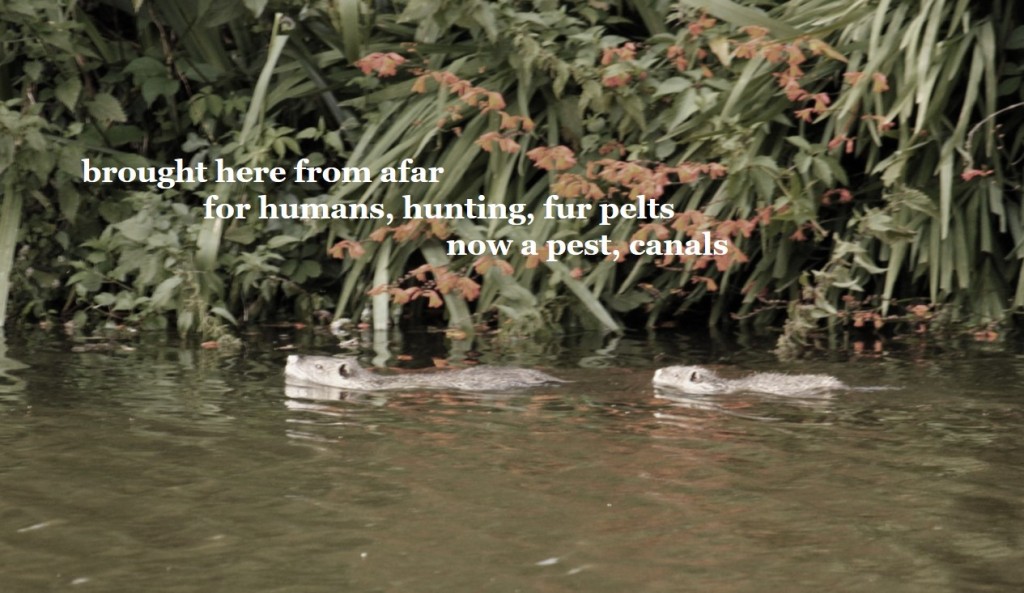 Invasive species like Myocastor coypus, also known as coypu, are often moved by humans from their native region to a new region either by accident or to provide a service (e.g. fur for clothing). The coypu, originally from southern South America, has been nearly eliminated from the majority of its range. However, as a consequence of declines the species was first farmed in parts of South America and then transported to other regions to breed the animals for their fur. Unfortunately in their new introduced homes these species have flourished. Originally providing fur to humans in the early 20th century, hunting of this species has since declined and because of its very high reproductive success it has expanded in many introduced regions, causing extensive erosion and modification in streams and wetlands across Europe and North America. In fact, millions of dollars a year are spent on trying to control impacts from Myocastor coypus on freshwater ecosystems and species across areas of both North America and Europe.